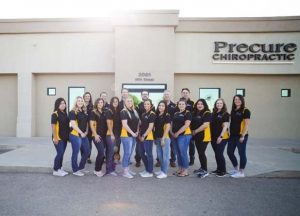 Here at Precure Chiropractic we utilize unconventional medicine, which places an emphasis on treating the disease as soon as it occurs. We emphasize improving your health in an effort to reduce the risk of pain and illness in the first place.

People are recognizing the benefit of seeking an alternative to traditional medicine, an alternative that will help them achieve and maintain optimal health. Please take the time to meet us. Our team of medical professionals is dedicated to providing the highest quality of care. As a patient at Precure Chiropractic, we will personally tailor a wellness program specifically targeted to your unique and individual needs using the least invasive yet highly effective techniques and services.

Chiropractor
Dr. Michael Precure was born in Muleshoe, Texas and raised on the family farm in the small west Texas farming communities of Lazbuddie, Texas and Muleshoe. He graduated from Muleshoe High School in 1986 and joined the US Navy where he served as an anti-submarine warfare specialist and a rescue swimmer. In 1989 he fell in love with and married a beautiful west Texas girl from Hereford; Laura Osburn. He began his studies at West Texas State University in Canyon, Texas after serving in the Navy and matriculated to Parker College of Chiropractic in Dallas, Texas in the fall of 1992 after three solid years of undergraduate work. He graduated in 1995 and started practicing chiropractic in his home town of Muleshoe. In early January 2006, he and his family moved to beautiful Alamogordo, New Mexico to take over this office from Dr. Clay Salyer. 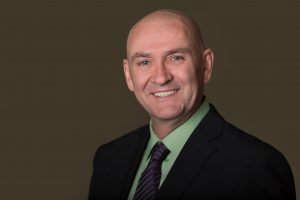 Chiropractor
Dr. Kevin Whelchel is a graduate of Texas College of Chiropractic in Pasadena, Texas. While at TCC, he was a member of the Omega Psi Honor Society, graduate number 4 in his class and was on the Deans list for academic excellence. Dr. Whelchel practiced in the UK (England), Hawaii (Maui and Lanii), and Colorado (Aspen). He worked as a chiropractic assistant for Dr. William Summers of Andrews Chiropractic Center, Texas. Dr. Whelchel is currently licensed to practice as a Chiropractic Physician in Hawaii, Colorado and Ohio. While practicing in Hawaii, he would make an 18 mile ferry ride from Maui to the Island of Lanii in order to treat patients who were not physically able to receive care at the clinic in Maui.

In addition, Dr Whelchel is certified in Active Release Technique (ART) for Spinal, Upper extremity and lower extremity. ART is a method which is performed to address overuse musclestendons, tendentious, sprainstrains, tight muscles, stiff neck and scar tissue. In 2007 at Kona Hawaii, he was a certified IronMan healthcare physician, where he treated many of the world class IronMan Triathletes. He is trained to treat from the professional athlete to the everyday patient. One of the doctor’s greatest assets is the ability to understand the mechanism of injury and make the appropriate treatment plan for the betterment of the patient.

Dr Whelchel grew up in central Texas, before moving to England. While in Texas, he was a professional ATV racer. He played varsity tennis and was going to turn pro, but fell in love with racing. In Hawaii, Dr Whelchel enjoyed surfing, windsurfing, scuba diving, kayaking, cliff jumping, road biking, mountain biking and for relaxation…..sailing. He is an avid sailor who sailed parts of the Pacific Ocean, Gulf of Mexico, and Hawaiian Island. He now looks forward to exploring the Great Lakes. His love for snow skiing, led him to Aspen Colorado, where he skied some of the most pristine and gorgeous mountains in the U.S.

Dr. Whelchel is accredited in the following techniques: 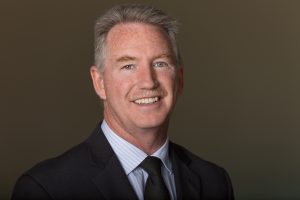 Chiropractor
Dr. Hawkins was raised on a small farm in Las Cruces, NM. He was introduced to chiropractic care as a young boy through his mother who had chronic low back pain. Dr. Curry was the doctor she saw who inspired Dr. Hawkins to become a Chiropractor.

Dr. Hawkins served in the U.S. Navy for four years in Pearl Harbor, HI. After his service he lived in San Diego, California where his daughter Ariel Hawkins was born. Over the years after service he worked to support his family as an electrician, and later a general manager over a retail establishment until the opportunity to study and pursue his dream of becoming a doctor of chiropractic arose. He returned home to Las Cruces, NM to study at NMSU and later moved to Seneca Falls, NY to become a chiropractic physician.

Dr. Hawkins is currently serving as an associate chiropractor at Precure Chiropractic Clinic in beautiful sunny Alamogordo, NM. He is married to Yolanda Hawkins and has four adult children and six grandchildren through his marriage to Yolanda. He and his wife also have five little dogs: a chi weenie, a poodle, a Chihuahua, and two Yorkshire terriers.

Chiropractor
Dr. Patrick is from a small town in central Illinois where he grew up playing baseball, basketball, track, and football, In high school, he wrestled and played football, where he excelled as an offensive guard and linebacker. It was during this period he became interested in chiropractic.

Dr. Patrick attended National College of Chiropractic, graduationg in December of 1988. He practiced in the Chicago area for 4 years and moved to Alamogordo in 1992

He joined Precure Chiropractic in October of 2014. He has been a long time member of the New Mexico Chiropractic Association and along with Dr. Precure, has been on the Board of Directors and served as a District Director

Dr. Patrick Shares his passion of the outdoors with his life partner, Kristina.. They are also avid hockey fans and root for the Chicago Blackhawks

Chiropractor
Dr. Carol Carson is a second generation chiropractor and a 1988 graduate of Life Chiropractic College in Marietta, GA. She graduate in 1984 from the Atlanta School of Massage where she trained in neuromuscular massage techniques that she uses in conjunction with chiropractic manipulation therapy. Her father was a Doctor of Chiropractic Medicine with a degree from Lincoln College in Indianapolis, IN. Her two brothers are practicing chiropractors in Hot Springs, AR.

With over 26 years experience, Dr. Carson is skilled in providing both traditional and diversified techniques for musculoskeletal and neurological conditions. She began her career as an associate physician at a chiropractic practice in Memphis, TN. Dr. Carson has been in private practice since 1990, in New Mexico.

Dr. Carson adheres to the highest standards of care and service. She is a proud member of the New Mexico Chiropractic Association

She looks forward to providing you with Effective solution to your ailments.
Contact Dr. Carson today!

For more information about our practice or to schedule an appointment, please don’t hesitate to contact us today at (575) 434-1455!